With just under a week to go until I leave, it is now full steam ahead! When summer term finished, I thought I had ‘loads of time, so much time!’ until I would leave for Italy – much like in exam term when you say ‘5 weeks? that’s ages!’ and then ‘3 weeks, no problem!’, and suddenly ‘LESS THAN ONE WEEK?! HOW DID THIS HAPPEN?!’ So, with a little bit of panic and much excitement, I have got down to preparing myself to move abroad.

As it turns out, it’s fairly confusing to pack for a year abroad (where do I start? do I really need my nutribullet? will there be the perfect occasion to wear my fancy dress smurf hat?)  so I started with the basics: clothes. My wardrobe consisted mainly of clothes I haven’t worn for years, so I decided to throw out half of my wardrobe and restock from Primark/H&M/New Look and other fantastic shops that don’t exist On The Continent. And anyway, isn’t a year abroad in one of the world’s most fashionable countries a wonderful excuse to have a style overhaul!? Aside from clothes, I also went a bit mad with the stationery shopping.

I’m not really sure what I expect from this year abroad. I mean, I wouldn’t be disappointed if it was like that recent Nescafe Azera advert: zooming around Rome at night on a Vespa scooter, with the roads blissfully empty, the Colosseum illuminated, and finishing up by drinking coffee on a rooftop which overlooks the city and all its famous landmarks. However, on the off-chance that this doesn’t actually happen to me, I’m looking forward to experiencing a foreign university, making international friends, and attending lectures given in another language. It will be pretty interesting to see how the lectures, the method of teaching, and the exams (boo – sadly I have to suffer through not one but TWO sets of exams) differ from the ones I am used to in Durham, but I’ll be equally as keen to see if I can find – and avoid – the Roman equivalent of Klute…

Rome is a vast place, and everywhere you turn there are signs of its ancient world and iconic past scattered all throughout the modern city. I imagine that it will be quite surreal walking past statues of various emperors whilst I pop to the shops, or feeling their judgemental looks as I make a mad dash for the metro and try to get to uni on time. I’ll actually be arriving in Italy 3 weeks before the start of term, giving me plenty of time to explore the city, take brilliant photos, and obviously the opportunity to complete the crucial task of finding the best gelateria! My flatmate (Issy, a fellow Durham student!) will be working in the Vatican, a fact which always seems to provoke a mixture of shock and amusement in people. Maybe we will become friends with the Pope…now that’s a good one for the bucket list. 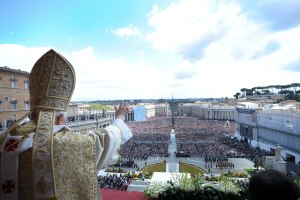 So, that’s it for now – next time I post an update, I will be in Rome! Until then, wish me luck with the packing…