My bags are not packed.  My accommodation at Heidelberg University is unknown (it’s confirmed, but confusingly they can’t tell me where yet).

Yet as I wistfully consider how I’m going to miss Durham and stare out of the window at the pouring rain outside (pathetic fallacy: check), I’m overcome with excitement.  I want to run out the door and jump into the swelling puddles outside.  I might just do so after writing this.

A Year Abroad looks scary at times, of course it does.  You’re leaving your crazy world at Durham University, with all the wonderful people you’ve met along the way, which is difficult.  But looking at Heidelberg, it looks like an unmissable opportunity to improve not just my German, but to also explore and adapt to a new culture.  That said, having looked at Heidelberg uni online, it sometimes looks strikingly similar to Durham… 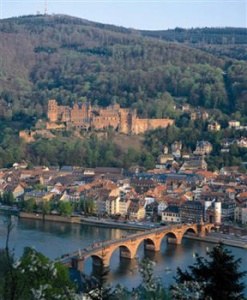 and, I’ll be back at Durham next year after all!

More than anything else however, it’s baffling to look at how I got into this position.

From singing songs about ‘Schnappi’ (a German cartoon character in the form of a baby crocodile) in class aged 11 with Frau Whittle, to deciding aged 17 to study German at A-level at school, with Herr Parkinson and Herr Childs, I enjoyed learning German at school, doing work experience in Berlin and I am lifelong a fan of Hertha BSC (a German football team) as a result. 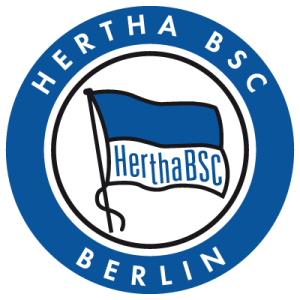 Probably not going to win the Bundesliga this season

But then I took the decision at university that I would just study History; that that was enough for me.  Even when heading off to Durham however, I remember thinking that maybe, just maybe, I’d one day live/work/study in Germany.  I’m just not sure how much I believed it.  I suppose as much as anything else, this Year abroad is me jamming my foot in the door before it closes: a bit of a last-hurrah to become fluent (ish) in German.  It’s a language and culture that I love and respect, and despite the cliché (or ‘Klischee’!), this feels like a once-in-a-lifetime chance to do so.

I’m now listening to ‘Praise You’ by Fatboy Slim and concluding that my decidedly ropey language skills and I have indeed come a long long way together.  Thanks of course go to Frau Whittle, ‘P’, Childs and the rest of the Q6 German A-level crew.  Righto, I’ll try to keep my sillier thoughts to myself now (no promises).

As I can’t yet report on Heidelberg itself, I thought this entry should serve as an introduction of some of my plans and a few do’s and don’ts I’ve already learnt.

I’ve just finished second-year History and as you may have gathered I haven’t studied German since A-level.  I’ve missed it terribly, so I’ve decided to embark on a journey to Heidelberg University to reinvigorate/ save what remains of my German.  As a budding historian, I am also hoping to do my dissertation on some aspect of German history, so I’ll also be on the lookout for inspiration on this adventure.

Perhaps what separates me out from the rest of the Erasmus adventurers is that I’m not a languages student per se, yet I’m about to spend a year in Heidelberg, studying both in English and German.  I’m confident, perhaps overly so, but this still isn’t done without a certain amount of trepidation!  One of the most important things I’ve learnt in speaking German in the past is to not be afraid of putting myself out there and accept that I’ll have plenty of mistakes and mishaps – and that these are all part of the wonderful experience.

Anyhow, a few do’s and don’ts…

DO:  Sign up for an intensive language if your host university offers it. I’ll be doing a month-long ‘Sprachkurs’ in September to get me up to speed and the international student organisation in Heidelberg (AEGEE-Heidelberg) has laid on a ton of events for international students arriving.  IT LOOKS AMAZING.

DO: Sign up for any ‘buddy’/’exchange’ programs that your university offers.  Basically your host uni will then put you in contact with a student at the uni who can act as a point of contact if you have any Q’s.  In return, you can help this person with their English when you’re there. Above all, it looks like a really nice way of integrating into your host uni before you even arrive.  I don’t really know too much about how my ‘buddy’ program works throughout the year, but I’ve heard only good things about schemes like these.

DO: If your language skills are a bit rusty, practice the language a bit before you head off.  I’ve been chatting to a nice German lady called Ingrid a couple of times per week for the last two weeks, which has been so helpful.

DO: You can also eat some Stollen (a type of delicious German fruit cake).  So far, results are inconclusive as to whether this really helps improve your Deutsch.  German beer is also excellent.

DO: Leave packing until the last minute. ‘It’ll be way more fun’ is what I’m telling myself right now.

DON’T: I haven’t really found any major don’ts yet, perhaps I’ll have some for the next entry.

Finally, if you’ve got any questions/comments about studying at Heidelberg, posts that I write, or indeed anything that has even the most tenuous link to a Year Abroad or Germany in general, please feel free to drop me a line on here and I’ll happily respond in good time.

Okay, ‘Right here, Right now!’ has just come on now, so I’m now too pumped to sit at this keyboard anymore – I’m going outside before the rain dies down.