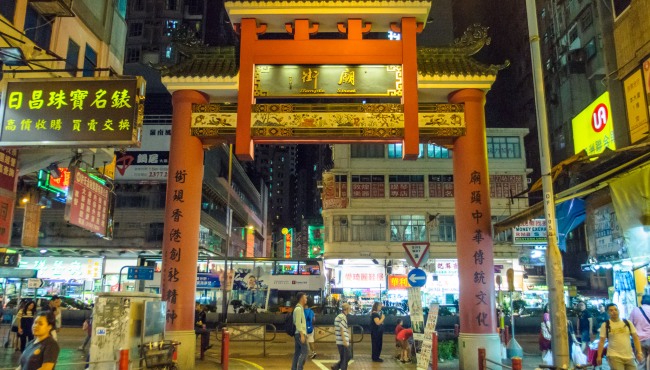 All I had hoped for and more is true: ‘Hong Kong’ can confidently be labelled as synonymous with ‘good food’. The melting pot of cultures, styles and traditions means that you can’t walk more than a hundred metres without passing a veritable melange of international eateries. My claim – that if you want to eat well, you should be here in Hong Kong – is a big one, but I’m confident that I can justify it based on only two weeks of experience and the limitations of a student’s budget.

Food here is not always for the faint of heart, but if you’re willing to take some risks, they can really pay off. I can’t do justice to what we’ve experienced in a single post, so I’ll split my appraisal into four sections, which I’ll talk about over the next few weeks:

Unique to Hong Kong and Dying Out: Dai Pai Dongs

The second Saturday we had in Hong Kong, we took a trip to Tung Po, a Dai Pai Dong near North Point MTR. It’s situated above a food market, along with a whole host of other little restaurants, all with large tables and little plastic stools.

They’re apparently known as a ‘poor person’s nightclub’ here in Hong Kong, and we could see why: large groups of twelve plus people, pop music played loudly on big speakers and a lot of free flowing drink. Although this cultivates a fantastic atmosphere, Tung Po can’t quite capture the feeling of an old Dai Pai Dong, as the Government has been moving them off the streets and rescinding licenses for years to cull the numbers of these kinds of establishments. It’s only through grandfathered laws that they still exist, passing from parent to child down the generations to stay open.

As we finished climbing the stairs and found our way to the cluster of tables Tung Ho owned, we were greeted by a harried waiter and told to expect a one and half hour wait. Ouch. Luckily, we sat at the top of the escalator and waited, rather than jumping ship and within ten minutes we were in and eating. Admittedly, we were crammed in rather tight, but space isn’t exactly something you come to expect in such a densely populated city!

We were fortunate enough to have a Cantonese speaking Durham Student within our midst, so ordering was easy, although you can always fall back on that internationally recognised lingua franca of pointing at pictures (there are also commonly English translations, owing to the colonial history) and repeatedly murmuring “m goi” (唔該), which in English, means “thank you,” or “sorry for taking your time.”

As our bowls – not glasses – of beer were filled, we chatted over the friendly din of clattering chopsticks and plates. Food arrived promptly, but in waves, brought out as soon as it was ready, as seems to be the custom here. Before you eat, you clean your implements and cups in hot tea at your table, another customary tradition of Dai Pai Dong.

Then, first out was a ground beef wrap. Lettuce leaves which we filled with the meat and tiny cubed vegetables, good with a sprinkling of chilli.

Next, we were greeted by our bravest choice of dish, squid ink spaghetti with cuttlefish and squid. Imposing to look at, the flavour and feeling squid ink has in the mouth is surprisingly subtle: a delicately salty taste with a silky texture. It’s a dish I would highly recommend everyone try, thanks to how different its jet-black sheen looks when compared to its inoffensive and enjoyable taste. We were certainly glad that we’d been told to try it!

Following that we had lotus leaf rice, a kind of fried rice with shredded duck, steamed and wrapped in leaves; tofu in gravy and a large side of green, garlicked vegetables, all crowding their way onto our table. These went well with each other and filled us up after the more exciting flavours of the first two dishes, yet were tasty on their own. The lotus rice, in particular, would get my recommendation along with the squid ink.

Karaoke started soon afterwards, with the manager making the rounds, holding court and mingling with locals and tourists alike. We left shortly afterwards, but could happily have stayed to take part in the festivities. Honestly, a fantastic, memorable meal!

Wandering through the Temple Street Night Market (located near the Jordan MTR stop) can really work up your appetite. All that haggling wears you out, so it’s a relief to know that some great food can be found right on the same strip as the market itself. In the end, Temple Spicy Crab won our custom, simply for how busy it was, crammed full of locals, which is always a good sign.

This time, we actually ate outside, people brushing past us as they made their way through the markets. The din was incredible, adding to the ambience immensely. If you want a quiet, leisurely meal, street food probably isn’t for you!

We dined in these friendly surroundings on pork wontons, sweet and sour shrimp, spicy chicken (with handfuls of dried whole thin chilis) and more, all washed down with local beers. Service, as usual, was quick but occasionally inattentive. Be prepared to catch the waiting staff’s eyes if you want to follow up with another helping of rice or top up on some side dishes, as it’s so busy they can easily miss you.

The experience we had here is comparable to that of several street food markets we’ve tried. It’s frantic to watch, but a relaxing and bubbly atmosphere once you’re seated and enjoying your food with friends. Dinner is a sure way to forge friendships abroad, especially if you get dishes to share. Who could fail to laugh and bond over your new friends’ inability to use chopsticks, or the look on someone’s face when the boiled chicken they ordered turns out to be a plate of chicken’s feet?

Don’t be afraid to get advice, try some of the local student’s dish suggestions and make mistakes. It’s easy to lose sight of what makes a city’s culinary delights unique if you’re missing home, but try to avoid beans on toast and pesto pasta as much as possible if you truly want to stretch yourself! You never know: you might even enjoy what you try on your adventures more than what you cook at home!

That’s it for this food post, but there’s so much to speak about that I’ll be back with more soon.

One thought on “On Food. Or, the beginning of an entirely inadequate summary of culinary fun in Hong Kong.”