Commuting is something that we definitely do not have to do in Durham. Tokyo, however, is very different. The city is the size of the entirety of Yorkshire, and it’s very common for people to be travelling for about an hour to get to work or school.

For me, living in West Tokyo, it takes around forty minutes to get to Komaba campus and around an hour ten to get to Hongo campus. You might be like ‘WHAAAAAATTTT’, but it’s actually okay. For starters, it’s a taste of REAL LIFE away from Durham, the city in which we come to expect everything to be on our doorstep. It’s also the case that while in Durham we’d go to class and go home, at U Tokyo campus life thrives and lots of people stay on campus for a good chunk of the day. AND once you’re done with class, you can stop by some of the most awesome locations in the world for a shop or a drink before going home (Komaba campus is walking distance from Shibuya and Harajuku, and Hongo campus is right by the famous Ueno park as well as being close to Akihabara and loads of other cool places – it is seriously super awesome).

Just in case you aren’t convinced that it’s worth travelling for an hour and ten minutes to Hongo campus  three days a week, I’ve got some fabulous pictures to show you of my commute, which can actually be quite relaxing and interesting.

This is Inokashira Park. I walk through here every time I want to get to Kichijoji station to take the line I need to get to class. It’s super pretty, especially in the Autumn and Spring, and for some reason everyone in the area seems to own an adorable small dog, so you definitely get your fix of cuteness every day. 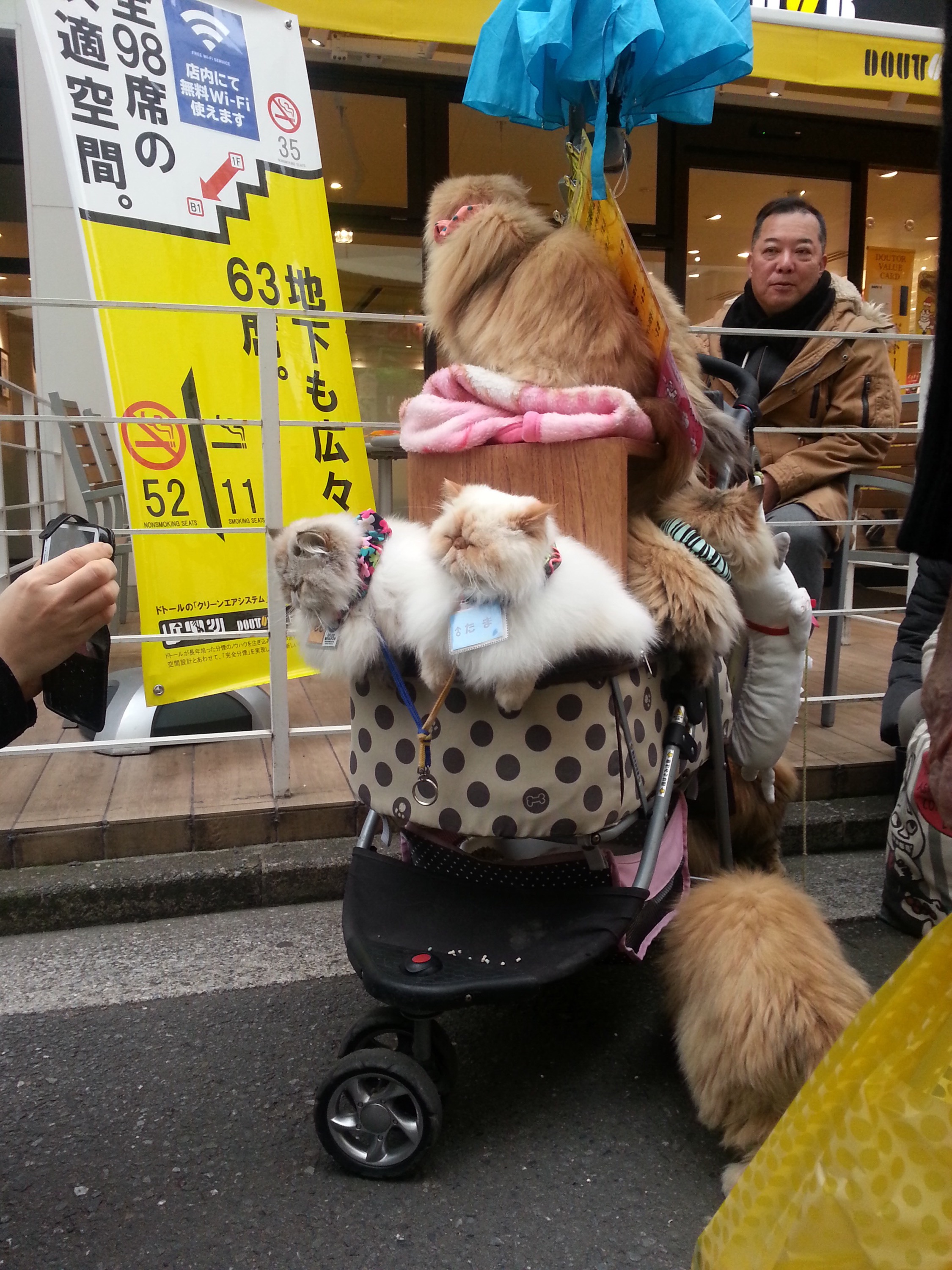 These are some cats in a pram (as you can see). An old lady regularly pushes this kitty kart around the Inokashira/Kichijoji area. As for why, your guess is as good as mine, but it’s definitely one more reason why commuting is okay.

You’ll often find, when you’re walking in Tokyo, that some places seem familiar. That’s because anime scenery is usually an exact copy of various locations in Tokyo. It’s so so cool to be watching a show and suddenly recognise where the characters are. Above is a snap from an episode of Tokyo Ghoul, and below is where I tread and breath every day, just outside Kichijoji station. Can we take a second to appreciate how awesome this is? (SO AWESOME.)

This is Kichijoji station (plus a Chuo line train). The IC card system is just like getting an Oyster card, and it’s very handy and easy to use. You can also get commuter passes between your home and your campus. The station itself is also really cool – like many of Tokyo’s slightly larger stations, it’s actually surrounded by a massive department store (convenient) and the platforms come complete with interesting views and fun adverts like this one for the Attack on Titan movie. As for the trains, they are always busy, and you’re lucky if you get a seat. Sometimes they’re so full that you don’t have to hold anything; you can just let the other people you’re crushed against hold you upright. It sounds like hell, but you get used to it pretty quickly.

To get to Hongo campus, I change trains at Ochanomizu. It’s an interesting place if you want to stop for a snack or a coffee! It’s also known for being the musical instrument capital of Tokyo, since there are about a gazillion guitar shops. Above are some views from one of its bridges.

And then, du du duuu, you arrive! Entering campus through the famous red gate never gets boring, and I think I’ll always feel proud to have walked on this campus as a student. Also, look how pretty it is. Worth an hour ten minutes yet? Well, if not you can always just take classes at Komaba campus or rent your own flat nearby instead.

So that’s what it’s like to commute in Tokyo! It might be long, and you might be squished up against a lot of people you don’t know on the train, but it’s still a dream to be here, passing through the best city ever to get to the country’s best university. I’m still elated and largely hyperactive.