Christmas is probably my favourite time of the year. I love the Christmas vibe that lasts the whole month, decorating, carols, concerts etc. I obviously also love the food and laziness of the holiday, meaning all I have to do is sit around drinking tea and eating mince pies for at least a week. I also know that it’s guaranteed that all my siblings (who are in the country) will come home for Christmas.

This meant that one of the things I was most worried about when coming to Canada was what to do about Christmas. Since we only had 2 weeks break I decided it wasn’t worth it to come home, so had decided from August I would be staying. I expected to stay in Calgary with my flatmates, but I was extremely lucky and grateful to be able to stay with some relatives in Boston and New York over the holidays. 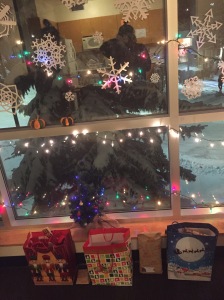 This led to me ‘adulting’ – I successfully sorted out my flights, transport from Boston to NYC, travel insurance and visa myself, which may seem pretty standard but there’s a first time for everything. After successfully getting through customs in Calgary (where I declared my sweets, chocolate and tea, making the border agent laugh) I survived my first solo flight (managing to get stuck in the window seat for 4 hours while my two neighbours fell asleep) and promptly started panicking because everything I had read online about coming into the US hadn’t happened (in case you don’t know me, I stress very easily) 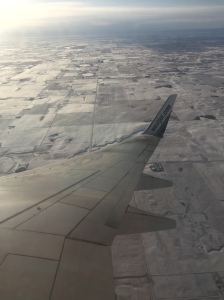 I stayed with my cousins in Boston for a couple of days between finishing my exams and Christmas Eve, which had terrible weather but was still great. Here are a couple of things I did:

I moved over to Brooklyn to stay with some more relatives on the 23rd. I really enjoyed getting to know different sides of my family (obviously as they live in the US it’s hard to see them, and until now I’ve spent a grand total of one afternoon with them) and they knew everywhere to show me around. We did a lot of Christmassy stuff (lots of tea, films and late mornings), and also went to a lot of cafes, restaurants and ice cream places, which suited me perfectly, as well as doing some sightseeing. I spent Christmas here, with loads of my extended family, which made it a really nice first Christmas away from home. Some of my favourite food I tried include:

After spending nearly a week in Brooklyn, I moved to my Great-Aunt and Uncle’s in Manhattan. It was really cool to be able to stay in different areas of New York, and I was staying next to Central Park and with easy access to basically all the sights in Manhattan, which was awesome. I mostly spent my time here going to museums and sightseeing, and being fed extremely well by my aunt and uncle. I managed to meet up with a friend from home and I spent New Year with her and a couple of her friends watching the fireworks in Central Park, which was incredible but extremely cold. Some of my favourite things I did (other than the fireworks) were:

Overall, my break was pretty incredible, and something I definitely did not expect when I decided to come on a year abroad. It was quite tough being so far away from home and seeing all my friends meeting up back home, but I am so glad I decided to do something different, and I’m especially so glad I managed to meet some more of my family. As well as doing my first solo travelling, it was also the most amount of time I’ve lived in the centre of a city (other than Durham, which is quite anomalous) and I loved exploring on my own, even though it was strange not having a white Christmas after being surrounded by snow for most of the last 3 months. New York at Christmastime was pretty awesome, but spending time with family (even if they were different family to those I’d normally spend it with) was my highlight of Christmas for sure.

This year has been the most intensely amazing year of my life without contest. I came to Tokyo hoping and expecting to fulfil all of my childhood and academic dreams. I wanted to shop in Harajuku, become a regular on some of the most famous streets in the world for pop culture, take Japanese trains, eat rice every day, and see my favourite Japanese artists in the flesh. I wanted to visit centuries old temples and shrines, understand Japanese religion, learn about Buddhism and the philosophies of ancient Asia. That was where I was at. But where am I at now?

END_OF_DOCUMENT_TOKEN_TO_BE_REPLACED

Last week I had a whirlwind trip back to the UK – sadly missing some of the carnival celebrations, but here’s what I got up to instead…