They always say the first month is the hardest. Granted, they are usually talking about newborns, but the phrase still applies here. I’m five weeks or so into my year abroad and to be completely honest, adjusting to life here has been harder than I expected. I arrived here in September, started lectures two weeks later, and only now can I finally navigate my way home from a night out without having to use google maps.

Despite the slightly comic anecdotes I have about the struggles of shopping in a foreign language, my near death experience in a laundrette or greeting friends with two kisses on the cheek, I think I’ve finally (sort of) got the hang of things here.

It’s flown by and I’ve been so distracted by Belgium that I’ve only just come to the shock realisation that it’s called a year of studying abroad for a reason. With this came the knowledge that I need to slow down a little if I want to pass the year, so I thought I should take the time to reminisce on the freedom of the first month here by saying my seven favourite things I’ve done and seen in Belgium so far!

Meeting at the city hall, our guide showed us around the historical squares in Leuven, the library, the cultural centre and most importantly, the pubs and bars (her words, not mine).

Fries and mayo is the Belgian food of choice. This combination confused me at first, but now it is a way of life. Belgian waffles (and occasionally pancakes) have become another staple of my diet.

The first of many…

We might have been very cold and the weather might have been very miserable, but a boat tour where the driver told us that the last time the castle had been stormed was by drunk students who occupied it for a couple of days before the beer ran out was pretty entertaining. 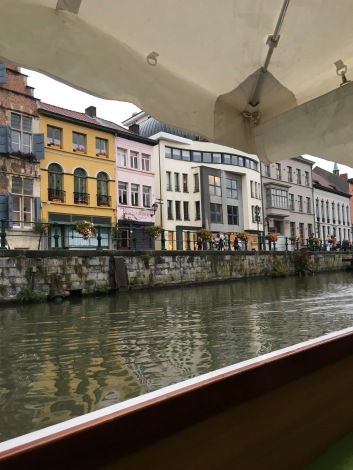 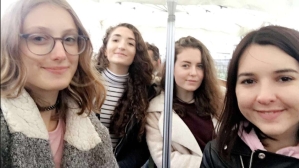 Some of the themed parties have been a little quirky, but they have been good for meeting a number of other international students. Most of the friends I’ve made have been through ESN student events and parties – so, as weird as it might have been having to introduce yourself to strangers on a pub crawl, run around the city completing group challenges and attend traffic light partys, I’ve really enjoyed it so far. 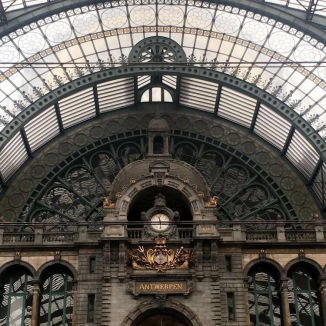 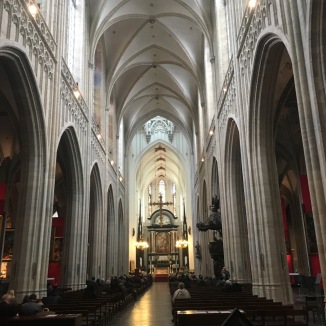 The courses I’m taking are a little wacky, and a bit out there. But the fact I’m expanding my studies beyond law has really made this year interesting. I’m studying religion, philosophy, French and literature alongside law – the extra year has made it possible, and even made me enthusiastic enough to attend my 9am lectures.

It’s only been 5 weeks but now I don’t even think before ordering myself a Stella. We’re trying to tick every beer we can find off the list by the end of the year – if it sounds impossible that’s because it is. But we’re still trying… 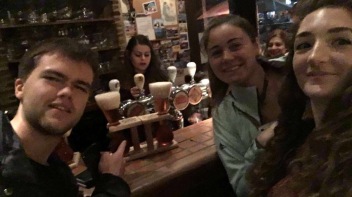