So as I was thinking through what a great next blog post could be, I realised my joining of a sorority would be perfect. If you do not know, a sorority is an organisation on campus which consists of around 100 girls from each sorority (800 in total at UBC) who come together to undertake philanthropy, hold leadership roles and have lots of fun. There is a male equivalent called a fraternity (“frat”) which is broadly similar, although they regularly hold parties both only with the sororities and in general on campus.

I’ll start off by talking about my sorority, Kappa Alpha Theta. Being the first greek letter sorority known amongst women, the organisation has a rich history both in the whole of North America and at UBC in particular. Pledging in Fall 2016, I chose Theta for a few reasons: firstly, the girls were lovely, secondly, the opportunities to immerse myself in the culture were like no other, and thirdly it would allow me to get involved a lot more on campus.

So there I was, first term Katherine naive to the sorority recruitment process, being thrown into 8 rooms, being required to talk to 5-6 girls for 10 minutes and then having to switch. This process went on for a week until my sorority decided to choose me. I have a YouTube video that explains the whole process in more detail. 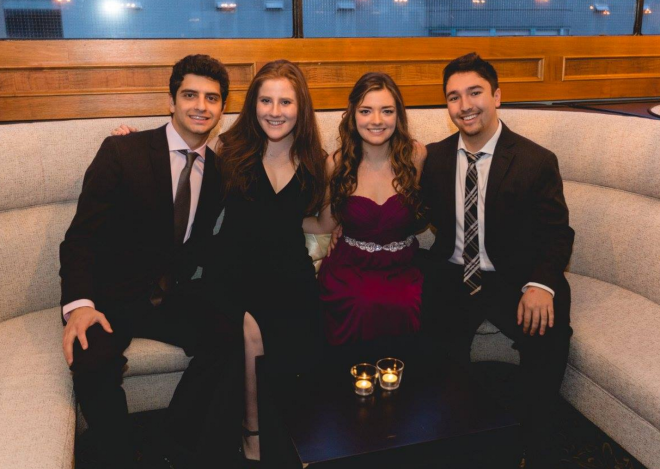 And so now, second-term Katherine when looking back on her experience sees the wealth of things she has done. From meeting tonnes of Canadians (+ Americans), going to lots of frat parties (they’re as cool as the movies I can confirm..), going to expensive dinners and having “sisters” I can call my friends for live, I am so grateful for this opportunity.

If you are thinking of studying abroad in North America take a look at the Greek system, you won’t regret it.