I stepped onto my 15-hour flight to Santiago de Chile feeling reasonably confident with my Spanish. Never mind nine years of studying it at school and university, I had five months of experience of living in Spain under my belt. Although I’d been warned by a few Latin Americans I’d met in Salamanca that Chilean Spanish was notorious for being one of the hardest- if not THE hardest- to grasp out of the entire Spanish-speaking world, I naively thought to myself, how different could it be?

I’ve only been here for two weeks, but have already learnt a lot of chilenismos, which are phrases and words unique to the Spanish spoken in Chile. Here’s a list of my favourite ones so far, with the Castilian Spanish equivalent in italics and an English explanation:

Bacán: genial– this means cool or awesome. Filete, which is directly translated as ‘fillet steak’, also means the same thing.

This view is pretty bacán

Cachai: entiendes- equivalent to the cockney ‘geddit’ but used WAY more often. A useful phrase is no cacho ni uno, which means I don’t understand a thing.

Caña: resaca- not to be confused with the Castilian word caña; in Spain if you ask for a caña you’ll get a beer, whereas in Chile, you’ll be greeted with confused looks as people wonder why you’re asking for a hangover…

Completo: perrito caliente- this is the Chilean version of a hotdog. An italiano is a type of completo piled high with toppings of avocado, mayonnaise and tomato, to represent the colours of the Italian flag. 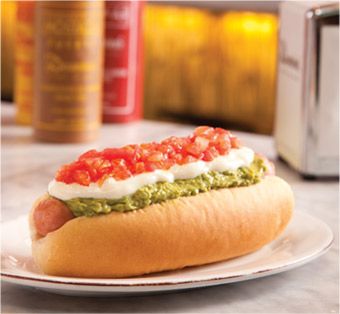 Fome: aburrido- this means boring. Fomingo is a combination of fome and domingo to mean a boring Sunday.

Frutilla: fresa- I kept on seeing this word on menus thinking it was a generic word for fruit, but it turns out that it means strawberry. 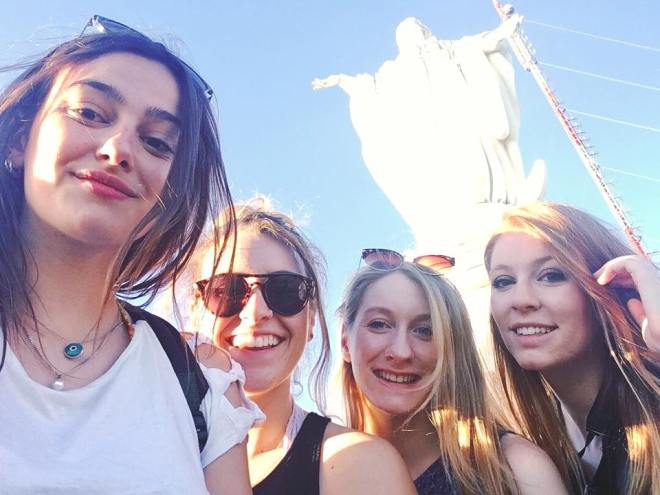 Guagua: bebé- some words are just fun to pronounce, like guagua, which means baby.

Hueón: tío- used to address your friends e.g. buddy, dude, guy, and can be adapted to hueona for girls. It can also be used in a more offensive manner to mean idiot, or worse, so it depends on the context and tone of voice being used.

Palta: aguacate- avocados are a staple in Chile and are so delicious here! I’ve eaten almost one every day since my arrival and haven’t looked back. 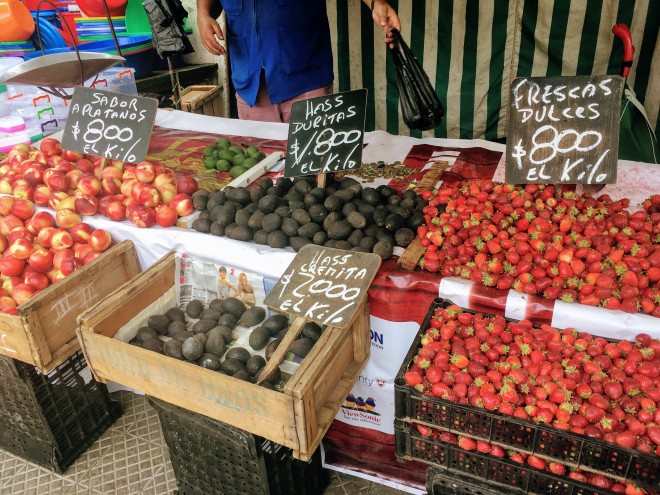 Palta all day every day

Po: pues- not in fact the name of your favourite teletubby, in Chilean Spanish po normally means ‘well’ but is also a common sentence filler or added to the end of sentences. Sipo means yep!

Pololo/a: novio/a- in Spain, whereas you’d call your boyfriend or girlfriend your novio or novia, in Chile this refers to a much more serious commitment like a fiancé, so stick to pololo unless you’re seriously planning your wedding.

Piscola: pisco + Coca Cola- pisco is a clear or amber-coloured spirit made from grapes which is produced in Chile and Peru. Mixed with Coca Cola and you get the nation’s favourite copete, which means alcoholic beverage.

Taco: atasco- this can be used to refer to the Mexican tortilla dish, but the more common meaning in Chile is, naturally, a traffic jam.

Terremoto: a bizarre cocktail made of white wine, grenadine and pineapple ice cream. Yes, you read it right, ice cream.

Time to get back to the pool

So there’s my first attempt to speak Spanish like an authentic Chilean. Hope you enjoyed reading it!