It’s crazy to think that this time last year I landed in Perth, wandering around the city like a lost puppy. But things have changed these last twelve months. I’ve learnt the sound of the Cottesloe waves, and I recognise the call of the kookaburra. I know the silhouette of the Perth skyline, and where to look to find the southern cross shining brightly in the sky. I’ve learnt which days petrol prices are cheapest, and when to be extra careful to avoid hitting a kangaroo on the road. I’ve become used to a lifestyle where coats and winter jackets don’t exist, and instead are replaced by a wetsuit and snorkel.

Things are definitely different – Perth has felt like home. Perth is home. 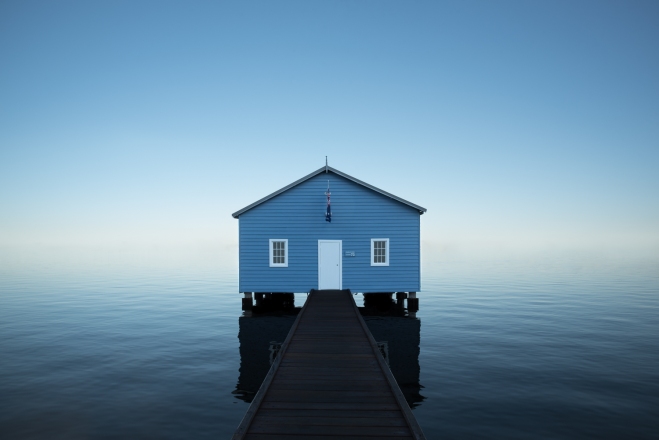 Saying I’m sad to leave doesn’t do it justice, but I’m leaving with some incredible memories. Here are my top 10 moments from this amazing year…

1) Swimming with dolphins (and a whale)

It’s something that you put on the bucket list, and it certainly was on mine. Swimming with a small pod of dolphins on two separate occasions, just off the beach, with nobody around was an incredible experience. Watching them play around in the surf, and even getting a selfie with a couple of them, has to top the year. Seeing a southern right whale during my first week, and then joining it for a swim, was an experience I never imagined to even put on my bucket list.

I’ve been lucky to have travelled to many amazing places, but nothing can compare to Karijini. 14 hours from Perth, in the middle of absolutely nowhere (aka Western Australia), it is an isolated gem. I loved it so much the first time I visited during the first semester break, I went back with a couple of friends for my 21st birthday – we drove 14 hours on a Thursday, spent 4 nights there, and drove the 1400km back on Tuesday. Exploring the red gorges, sitting under waterfalls, cliffjumping into the natural pools is my idea of heaven. I can’t wait to go back.

66 lifts, 4542 kilometres, and possibly the best 10 weeks of my life. New Zealand is more stunning than I imagined, and I have stories to last a lifetime. From camping above the clouds, to catching a ride in the pouring rain with a woman who works in Antarctica, to hiking in knee deep snow and then a few weeks later on a golden beach in swimming trunks, I experienced more in my time there than anywhere before.

Ah, wedge island. Turning off the main highway to a random signless road, following it through the potholes and past the shack village, over a sand dune and then finding paradise. White beaches, turquoise shallow waters, dolphins metres away, all to myself, isn’t that what dreams are made of? I’ve been back at least 7 times, driving on the sand, bodyboarding in the water, making friends with the locals who live in the shack (and then staying in their spare shack with a few friends on a couple occasions). I’ll never forget that drive, stumbling upon paradise.

5) Seeing the Milky Way for the first time

Lying down watching the stars glisten in the night sky, seeing the milky way for the first time, and spotting sporadic shooting stars on my first night in Perth was the start of this amazing year. Over the year, I’ve spent many hours just watching the stars and it’s something I’ve never become bored of. In the process, I’ve developed a passion for taking photos of the night sky and trying to show people how amazing our universe is.

20,000km and a bucketload of adventures. From Exmouth to Esperance, Karijini to Albany, Dunsborough to Denmark and the countless visits to Margaret River, I’ve developed an affinity with the glorious state of Western Australia. It really has become my favourite place in the world.

Sitting down on the grass on our own ledge in the Belvoir amphitheatre listening to Hozier sing about Cherry Wine under the full moon, and hearing James Bay live in Fremantle was something special. Cheering for Australia at the WACA and the Fremantle Dockers & West Coast Eagles in Domain Stadium behind a couple of old women swearing at the referees was something else. Watching Louis Oosthuizen tear apart the field at the Perth International was a sight to behold. And seeing the Denver Broncos win the Super Bowl this year, what more could I want?! (don’t mention the Golden State Warriors please…) Spending Australia Day in Sydney was pretty cool too.

8) All the other animals

You think about Australia and you think about the Great Whites, the deadly snakes and spiders along with the thousands of other animals that try to kill you. It was cool actually finding these stereotypes to be true. I remember rushing out of the water because of the shark siren at Cottesloe, and the time I found out that a deadly redback spider had made a home in my shoe in the outback. I remember thinking people were joking when they told me I had to be careful on the roads to avoid hitting a kangaroo (obviously I didn’t learn, hitting a wallaby in Cape Range). My selfie game has also been strong… 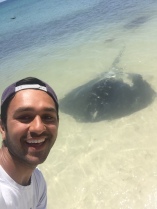 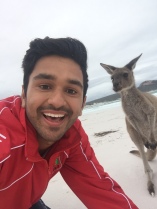 I’m going to miss those eucalyptus and palm trees, the perfectly manicured grass, the view of Perth city from the war memorial, the walks in the botanical gardens and the night time movies in the park. The biggest inner city park in the world is only a couple of minutes from where I lived, and it’s been a special place. 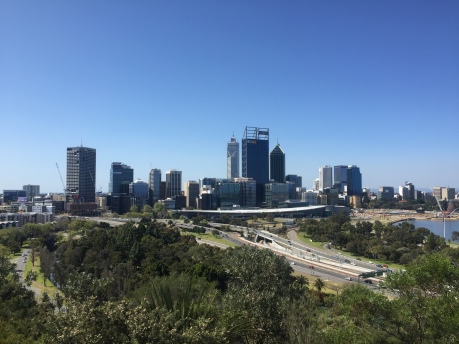 10) Every single minute spent on the beach

People go on holidays just to spend time at the beach, and if they’re lucky they’ll be able to see the sunset over the ocean. I’ve had that as my life for the last year, and that’s been pretty incredible. I can’t remember how many sunsets I’ve watched, nor how much time I’ve spent cooling off in the ocean, nor the names of the seemingly hundreds of beaches I’ve visited. But I’ve enjoyed every single minute spent with friends on the white sand.