It happened that the very same year I’m living in Aix-en-Provence, Budapest Festival Orchestra was giving a concert in the city. It also happened that my father is playing in it, which led to a very unlikely family reunion. I managed to get some tickets for those of my friends who were bored by the Aix music scene (there is no such thing).

The only frustrating thing about having my dad here was seeing the hotel room he was given for three days. I felt like I completely forgot how living in a comfortable room is. Although student accomodation is surprisingly cheap, it does come with a cost. My room is tiny with the smallest bed probably I’ve ever slept in since I’m over 8, and  I’m sharing a kitchen with about 40 people. It is strictly against the rules to establish any kind of bin in the kitchen for some reason (my guerilla bin didn’t survive a day). I got used to it surprisingly easy, but the mere sight of a double bed filled my heart with envy.

Since I’m here for quite a while now, I thought it’s time to give an update on my French. Anyone who’s read my first posts knows that I came here without any prior French knowledge. By the way, this seem to be a specifically Durham-related issue, as literally everyone speaks at least a basic level of French except me and a girl from Durham. Consequently, there are no beginner French language courses provided by the university and we both ended up trying to learn different past tenses in the first couple of weeks. I wouldn’t say I haven’t made any progress, in fact I even held two presentations in French. On the other hand, I still have to rely on my friends with pretty much everything beyond ordering food and asking someone how they are. I’m pretty good with animals and clothes though, thanks to Duolingo. 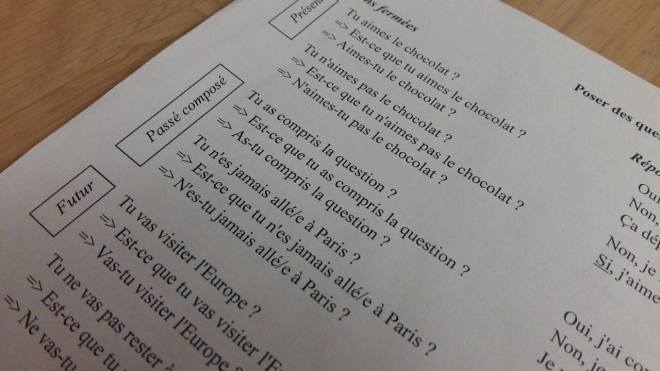 In my last post, I wrote about a coming Gaelic football tournament. It has finally happened, and we, Gaelic Football Provence were the hosts. It turned out that somehow this sport, which is arguably great but is being played mainly in Ireland, does enjoy a relative high popularity in this country. Although some of the really good teams were full of Irish Erasmus students, there were teams, like Bordeaux, which were entirely ‘home-grown’. Despite the fact that our team is not a contender for the league title, we were really happy with the result. Out of the 5 teams present, GF Provence finished third by goal difference, as three teams finished with the same amount of points. Perhaps the only fault was that we lost to local arch rivals Azur Gaels, who thus took the Cigale d’Or trophy. The tournament was followed by a delightful evening with roasted boar and a live band and lots of singing.

We were in the local newspaper