The annual festival originating in Ireland but celebrated all over the world has come! We all know St Patrick’s day, or better known as Paddy’s day, is a day for celebrating, erm, what? Irish culture is actually immensely rich in its history and this day is just one example of this, with the good old Saint Patrick having died on this day 16 centuries ago.  In recognition of him bringing Christianity to Ireland, this is the day massive parades are held throughout the country, and internationally too, with Dublin being one the biggest, most exciting, and most crey crey from what I’ve seen!

I thought the best bit was the fact that we had a public holiday here; which of course meant a day of no lectures! Little did I realise, there was so much more to come. We set off,  mildly dressed in green,  down to the city centre where the parade was hitting off.  Enroute, the shopping street that was usually busy with people walking in and out of shops was instead painted green with the liveliest of people marching down for the same parade. It was official- my friends and I were under-dressed. That soon changed.

The closer we got to the city the more people we saw, the more green, and more bizarre things got. It was hard to find a spot to even stand, never mind walk! The crowd was fanatical, people had even climbed up the side of buildings to get a good view of the soon-to-start parade. 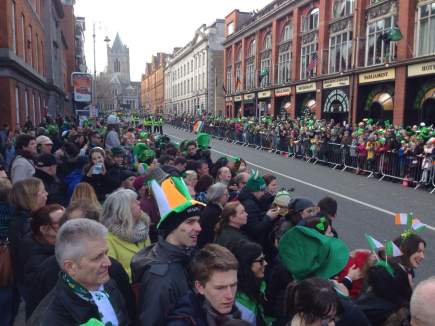 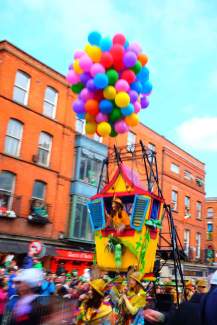 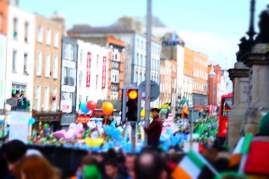 Walking back after the parade was an even greater mission! The crowd dispersed into the streets and shops began to open, decked out in green. The clouds dispersed too, with the sun shining down, only to result in a huge party outside our halls of accommodation upon arrival back at our flat- we had music, sun, and food.

Until next year, goodbye Patrick!