December has been a pretty full month, what with the end of Michaelmas term, Christmas preparation, and the Pope (see more below!). 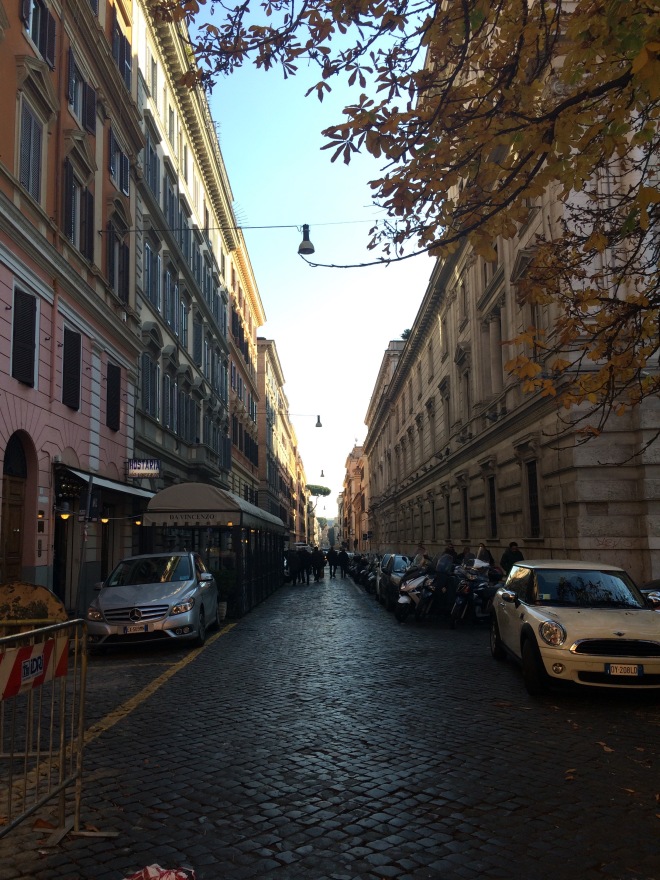 At the start of the month, the temperature dropped suddenly – and as dramatic as this sounds, it just means that it went from an average of 19C to about 10C. At 19C, Italians come out in puffa jackets and scarves wrapped around their faces, so chaos ensued when the temperature dropped *even lower* and no one knew what to do or how to dress. Admittedly, I too have been wearing a coat and scarf in the balmy temperatures, but only because it is far better to fit in with the locals than stand out like the Obvious Foreigner. However, after a few days of the Arctic weather (just kidding), we jumped right back up to about 16C and there we have stayed. I have been informed that the temperatures in the UK are much the same, which is thoroughly disappointing as now I can’t rub it in and show off about it to all the people back home!

My friends and I had organised a Secret Santa and to do the present swapping we went to this little bar near the uni. It is exactly the type of place you’d never stumble across on your own, and I’m a bit hesitant to march straight into an unknown restaurant, so I’m always keen to visit the places that the Italians suggest. It was a Spanish sandwich bar called Montadidos, with an extensive menu of bite size sandwiches and tapas, and on Wednesday afternoons EVERYTHING on the menu is 1€. Everything. Normal sandwiches, deluxe sandwiches, chips, salad. It’s an insanely good deal, and only 5 minutes away from the uni, so naturally it was absolute pandemonium. On top of all this, they have an ordering system similar to Nandos, and when you place your order you are required to give a name…and they don’t insist on your actual name. Of course, this system is abused to the maximum, and everyone from Homer Simpson to the Archbishop of Canterbury is called out.

The city of Rome itself has had a busy month too. On 8th December, the Jubilee started. It is called the Giubileo della Misericordia and it shouldn’t be happening, but I’m glad that it is because it’s an extra special experience! It is usually an event thrown by the Pope once every 25 years, and the last one was in 2000. However, Pope Francesco has decided that he wants a party, so everyone is throwing him a party! (It’s not actual a party, sadly). The event will last until November 2016, if you fancy popping down here and seeing what all the fuss is about. On the slightly darker side, the high exposure of the Jubilee and the Pope, coupled with the increased threat to Rome by terrorist attacks, means that the city has been absolutely inundated by armed soldiers and Police. Normally all the big tourist sites, the embassies, the big churches, and main gathering spots have armed soldiers on duty 24/7 – I know it’s 24/7 as I once ended up at San Giovanni church at 3am on a Tuesday, and the soldiers were still there. Since the Paris attacks, every single metro station has also been guarded and patrolled by 2 armed soldiers. In addition to these, armed Police frequently ride the trains and buses. It has all been a bit of a shock really. But seeing as it’s always the same few soldiers at the same metro stations, you get to know them after a while and it will probably feel really odd when they leave! 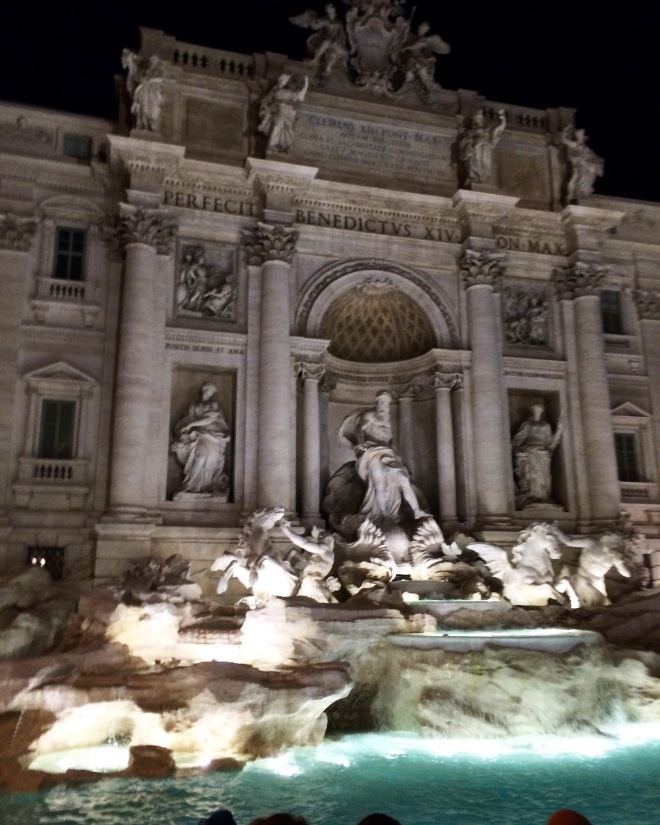 So that was an update on December!
I hope that you all had a fantastic Christmas, e vi auguro un buon anno 🙂