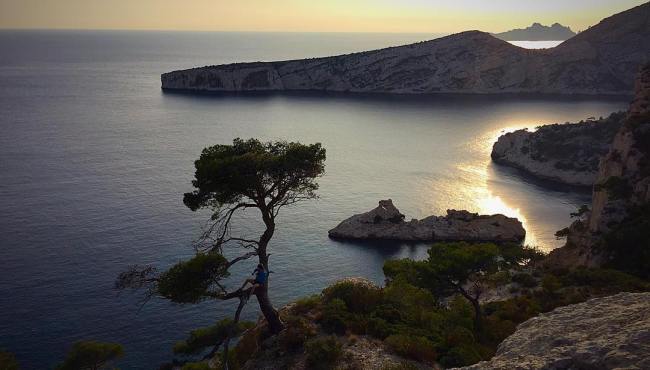 Christmas break has passed and there have been lots of happenings in the South of France. Although returning to Aix was undeniably easier than my first arrival, there were some elements that made me like I’m at the beginning of a completely new journey. Lots of new people arrived on their exchange programmes, and there was the usual introductory period, not to mention the struggle with the French administration. In terms of travelling around, I took a trip to Amsterdam, and visited one of France’s most beutiful places.

As there are still no direct Budapest-Marseille flights, I decided to take a side trip and visited the Dutch capital with some friends for a couple of days. I guess it is a serious advantage of travelling frequently that you can some really interesting places ‘on the way’ for significantly less money than an actual trip would cost. And Amsterdam didn’t disappoint me: it is definitely a city where I can imagine living. Although I had already known about their unique attitude towards public transport, the amount of cyclists, sometimes a complete family on one bike, the free ferries across the river and the lack of cars was absolutely amazing. Of course, the city itself is worth visiting regardless of public transport but I think this unique way of living was what impressed me most.

Arriving to Aix, I had to deal with the usual, fairly complicated method of module registration and student accommodation process. No, they still don’t speak any English at the student halls office. The only new thing was people arriving for second semester. Somehow I thought that it would be roughly the same amount as the students leaving at the end of last semester but unfortunately this wasn’t the case. There are some parts of the student halls which are almost depressingly empty, and I’m missing some of the old crew who left.

Another thing which was completely new and unexpected was the weather. Although I couldn’t say that December was freezing, it did rain a lot and the mistral wind did make those wanderings in town really painful if you didn’t have those layers. Conversely, this was probably my first January that I could regularly go outside in short sleeves. I did not waste the opportunity and went to Calanques National Park. I have briefly seen it before, but this time I visited another part of it called Calanques du Sugiton. I will let the photos speak for themselves, this place is definitely worth a visiting.