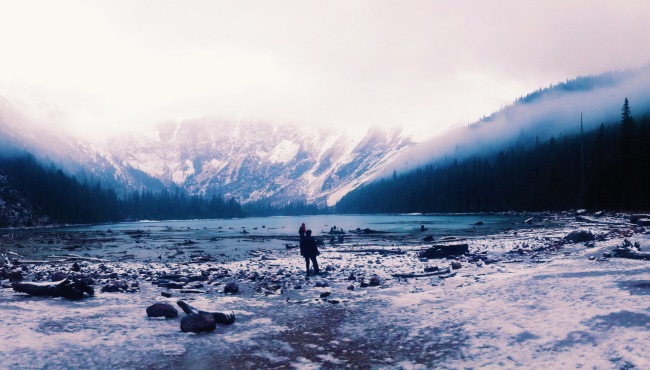 “After a trip to the British Import Store where I almost cried with nostalgia over a box of original Heinz baked beans and a packet of wine gums, and following a few cups of Yorkshire tea I found my resolve and evolved into Emma generation two – Canada edition”

Well, fall certainly fell away as quickly as it arrived. I’d been happily instagramming campus without even having to feed my photos through a rosy-golden tinted filter due to the abundance of multi-toned maple leaves which cast an effortless glance of Autumnal colour upon their surroundings. I’d even been caught using the word ‘fall’ in place of ‘Autumn’ – a harmless yet alarming example of the many northamericanisms I have delevoped since coming here.

I stepped out one late October morning, equipped with sunglasses and steadfastly refusing to don my winter coat until mid-November, only to dash back inside, reclaim my forbidden attire and rid myself of this self-righteous attitude, for the minus temperatures had arrived and I wasn’t keen on risking frostbite.

The one species on campus which had comfortably and gradually been adjusting to the change in temperature were the campus rabbits who had been undergoing a colour metamorphosis – patches of snowy white were beginning to appear on their furry brown coats and it was becoming more and more difficult to resist stealing one away into our flat to keep as an adorable but highly illegal pet. The bunnies here are seemingly sacred to the university, and touching one puts you at risk of obtaining a less adorable fine; I’m convinced that they are in possession of of magical properties.

Aside from the abrupt temperature changes which have come about since I have last written, lifestyle changes have certainly been afoot. I have indulged myself in the North American tradition of dressing up with shameless enthusiasm for Halloween, embraced Calgary’s thriving EDM (electronic dance music) scene which is a world away from the likes of Klute and Loveshack, flocked to the mountains at the first glimmer of a snowflake, and taken the ultimate trip away to the USA for the reading week with my incredible exchange family. There is nothing quite like Calgary bathed in fresh snowfall, and I’m positive that it is not a sight I will grow sick of. 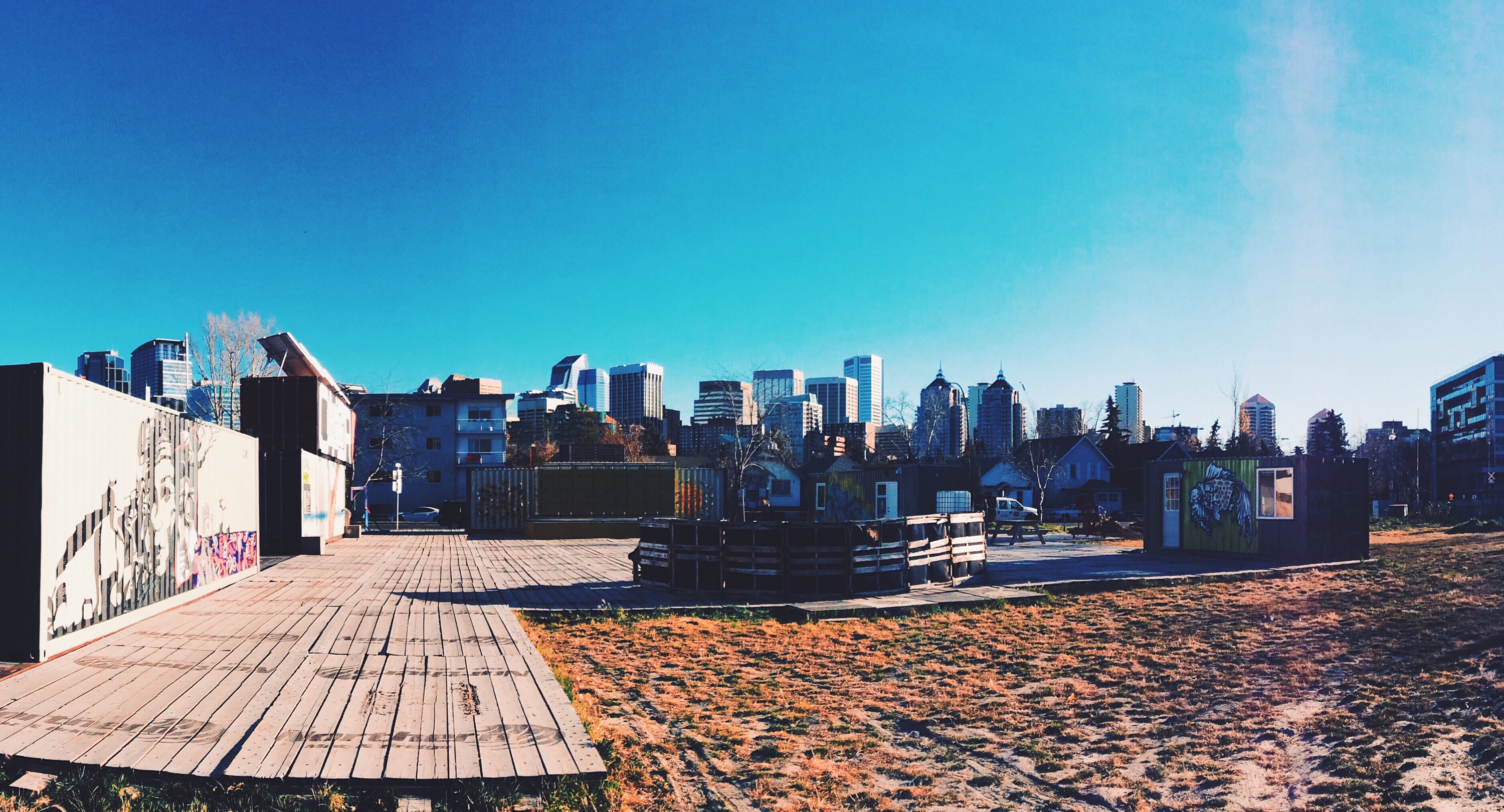 Just days before the snow began to fall.

Truth be told, the past month has had me in emotional overcharge. Flash back to several months ago in Durham where during a lunch time meeting with the International Office we were shown a graph displaying the adjustment curve of a year abroad, where I laughed along sceptically and marvelled at my own sense of independence. Upon reflection, I now believe that they had got it spot on. For the first few weeks I was almost numb to homesickness as life was a frenzy of administration, accumulating new friends, adjusting to a new lifestyle and university.

Just over a month in and I found myself having a minor existential crisis. I pondered whether I’d bitten off far more than I could chew by attempting to balance a job at a coffee shop on campus, school work, travelling, sport, and maintaining a social life. I admittedly missed the relative concisity of the Durham bubble where every aspect of life was within walking distance and where I fit in was more transparently drawn out.

Thankfully after a trip to the British Import Store where I almost cried with nostalgia over a box of original Heinz baked beans and a packet of wine gums, and following a few cups of Yorkshire tea I found my resolve and evolved into Emma generation two – Canada edition. If I were a Pokemon I’d be the most sought after shiny card in the playground, and my principle move in a fight would be to make a killer poutine. Never underestimate the effectiveness of lulling your opponent into a false sense of security with food.

Homesickness has come and gone and I now feel more settled than ever despite my friends constantly sending me links to Waitrose related humour – a persistent reminder that Waitrose ‘essential’ rosemary and sea salt focaccia is not at my fingertips should I get a hankering for it upon one lonely evening in Canada. I’d not left my life behind in England, but merely paused my part in it. It would always be there to return to, no matter how much the people and places within it grew and changed. I could happily press the play button on my Canadian life safe in this knowledge.

Halloween here is a highly anticipated occasion, and the costume displays that I witnessed this year put the measly effort of the British to shame. Comedic costumes are in far greater abundance than scary and my friends and I decided upon the obscure theme of ‘futuristic space replies’ simply as an excuse to paint scales on ourselves using fishnet tights and glitter paint. The desired effect was achieved and we headed out looking somewhat remnicient of siluriuns from Doctor Who though it probably looked more like we had a skin condition than awesome armour scales. 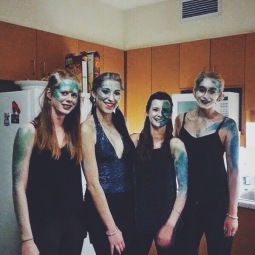 This season has also taught me that North America’s consumption of pumpkin-spiced goods is really rather alarming. As it turns out, the #PSL (Pumpkin Spice Latte) white-girl stereotype is for the most part pretty accurate and I found myself preparing PSL after PSL at work until the phrase started to lose meaning. For several weeks, I was terrified to order anything for fear of being spiked with pumpkin spice, have the smell thrust into my nostrils, the taste mingled with anything I ate – it was too intense, too artificial, too much pumpkin spice. I’ve never felt quite so assaulted by a flavour before. Enough was enough and when it finally disappeared in a puff pumpkin spice scented smoke, I was insanely thankful.

“Do you want to build a snowman?” I was serenaded by my flat mate one morning when the snow had settled ankle deep on the grass and the world
outside resembled a winter wonderland save for the ugly air vent billowing clouds of grey steam outside the Olympic ice rink. I strode out of the door and made a bee line for the snowboard shop in Kensington and purchased myself a new ride for the season – my 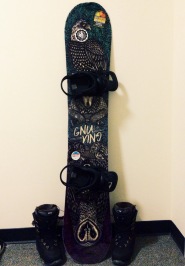 beloved GNU snowboard. She is my one and only, my one true love. We’ve spent four full days together so far and I’ve been mostly loyal, only betraying her once with my friend’s skis for an afternoon (we were on a break!). It’s the start of a beautiful snowmance.

I’ve been able to spend two days out at the Lake Louise Ski Resort as well as another whole weekend there with the University of Calgary Ski and Snowboard Club. The resort is truly gorgeous, with stunning views over the Rockies from each chair lift and with a viewpoint that makes the lake itself look miniscule. I don’t remember having ever been as awestruck by the Alps as I have by the views of the mountains here, a mere hour and a half away from where I live. 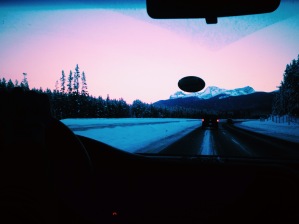 road between Calgary and Banff sparks an indescribable feeling of gratitude; I am incredibly lucky to be here. The UofC Ski trip was markedly less serene, and involved schennanagons such as a rowdy, cowboy-themed bus ride, a late night dip in the hot tub (which we were promptly thrown out of), and a nearly-naked ski ‘martini’ run on the Sunday resulting in wind burn in all the wrong places. Progressing in snowsports is one of my main reasons for choosing Calgary which is awesomely placed close to resorts in both Alberta and BC, and my goggle tan is a fair measure of my effort. Slightly too obvious.

“An opulent wilderness experience with an oxymoronic price tag punctuated by periods of geographical and sensory discovery.” 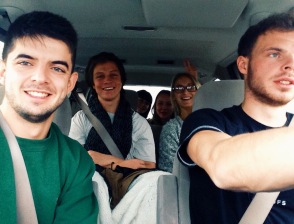 Reading Week arrived at the perfect time. I know it’s hard to believe, but I have managed to fit in a considerable amount of schoolwork amongst all of the fun I have been having. Midterm season pretty much encompasses the whole of October to mid-November and although the exams are less strenuous than the end of term beasts that we encounter in June at Durham, they still require some degree of study. I 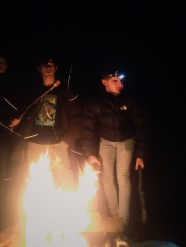 had five exams in total which were thankfully spread out, so I didn’t crack under the midterm pressure which resonated throughout campus.

Plans were in the works for an epic reading week road trip which would cast the entire concept of midterms into the void of oblivion. We were headed to the town of Whitefish in the US state of Montana located just below Alberta, home to Glacier National Park which is renowned for its beauty. Four sweet days of isolation, uninhibited exploration, and not even a suggestion of work awaited us. We would be staying in our very own lodge in the woods just outside of the town which proved to be far more luxurious than thirteen road-weary students probably deserved.

The five hour road trip took us through deserted Albertan townlets, barren First Nations reserves, and across the infamous US border which turned out to be a m 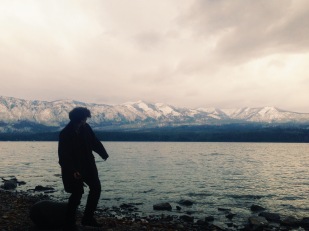 iraculously short affair. The three phrases I’d use to describe Montana are: understatedly beautiful, overtly religious, and stereotypically American. It was a place from movie screens rather than any reality I’d encountered before, with huge signs advertising huckleberry pie towering outside of ramshackle wooden cabins, firearm stores unashamedly perched on the roadside, and the
mountains of the park providing an imposing looking backdrop in the drizzly, misty weather.

Highlights of the trip included waking up to fresh snowfall glinting at me through my squinty eyes on Thursday morning and believing that I must have awoken in a fairytale, a roaring campfire one night where we shared stories, cooked smores and reflected upon how lucky we were to have found such a perfect group of people, a hike to a surreal iced-over lake nestled between glaciers, and the road trip back home which was indescribably hilarious. My friend Ben describes the trip as: “an opulent wilderness experience with an oxymoronic price tag punctuated by periods of geographical and sensory discovery.” I could not have put it better myself.

With a few weeks left now before the end of the semester, I can feel life gradually slowing down. Finals are approaching, a Christmas trip with friends to Vancouver is close on the horizon, and the opportunity is always available for spontaneous snowboarding trips.

Hard work helped me to come to Canada – it is the necessary facilitator for good times like this. As an exchange student, it’s a great deal easier to reach a happy medium – to achieve the middle way between work and play. Calgary, although choosing to come here somewhat serendipitously, has absolutely helped me to find this and never in my life have I felt so lucky. I have caught myself countless times recently in states of delirious and dizzying contentment due to the eclectic mix of wonderful people who surround me and the awe-inspiring sights I have seen.

If you have an opportunity to go on a year abroad, consider yourself privileged to be in a place to make that decision. You may well also end up feeling as lucky as I now do. 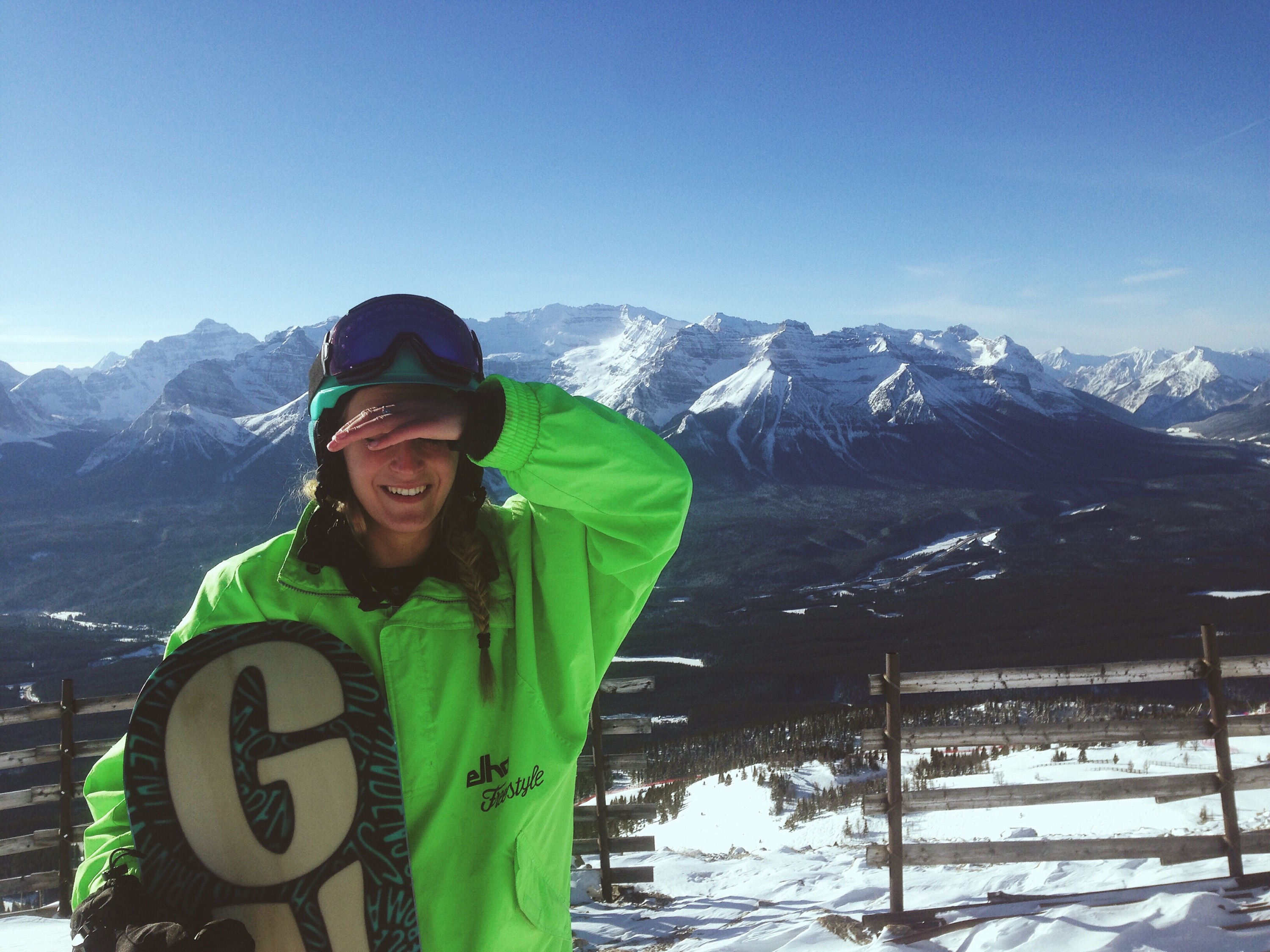