This month I visited Göteburg in Sweden, attempted to begin learning Danish and became the proud owner of a bike. It’s been an exciting month. The weather has started to worsen for winter, but I’m not sure it’s fully committed yet. It was cold and rainy this week and warm the week before and warm and sunny today. It does mean as a British person I have an endless supply of small talk about how the weather is ‘surprisingly cold’ or ‘quite nice’ or ‘better than yesterday, isn’t it?’ so I can’t complain.

Last weekend I visited Göteburg with some of the coolest international students in Aarhus (it’s true guys). We hired cars and drove to the Northern part of Denmark called Skagen. Here two seas meet in some kind of legendary ancient clash and it looks pretty great. You can see the line where the green sea meets the blue sea and for some reason they don’t just mix together but I guess they’re working on it. Maybe they should sea a councillor.

We stayed a night in a probably haunted hostel and took the afternoon ferry into Göteburg. Despite my terrible navigation skills we managed get to our hostel which was twenty minutes from the port in only like an hour and a half. The city itself is more metropolitan than Aarhus, with taller buildings and more of a sprawl. We did some sightseeing, shopping and exploring churches. It’s a city probably overlooked for Stockholm, but absolutely worth seeing. There’s some great pictures I’ll attach at the bottom.

Less exciting (but still pretty exciting) is that I started my lectures this month. Studying abroad is a great time to try something new. Choosing what to study abroad can be difficult, because you don’t want to study something you already have done, or something that you will do in final year back in Durham. Fortunately you get a little freedom, so within my ‘Economics with Study Abroad’ degree I have chosen courses in Cultural Theory, Persuasion and Politics, Culture and Discourse Analysis. Studying in Denmark is similar to Durham. You have lectures and seminars, but exams at the end of the semester (rather than the year as in Durham). This week we also have a break in which most lectures are off, tragically except my ‘Persuasion’ 8am on Thursday morning. It’s three hours. It’s going to take an entire textbook to persuade me to get out of bed.

Danish lessons are provided free by the Danish government, and it’s a great way to meet new friends and pick up some of the language. You are able to take lessons for up to three years, and I believe that if you leave you can return at roughly the point you left off if you decide to come back. Although most people in Denmark speak excellent English, Danish is the common language and it’s nice to feel better integrated. The practicalities of the language is that it is pretty impractical. None of the words look like how they sound. Apparently it’s because there’s been no language reforms but I don’t know. It’s the first language I’ve attempted to learn so I’m going to stick with it, at least so I can convincingly ask if people speak English.

Finally, I have a new bike! For some reason I could never quite get myself round to searching ‘bike’ on www.dba.dk which is a Danish listings site until the day before yesterday, but whatever I have one now. It’s small and white and folds but I’m concerned if I fold it it’ll either never unfold or snap in half so I’m just going to leave it. I feel pretty European on it so it’s all good.

Here’s some photos (thanks to Niki for some of the good ones!): 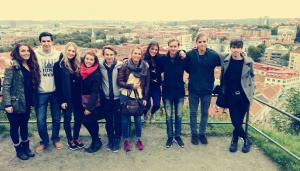 Where the two seas cross. Someone needs to sea-perate them

Recyling in Denmark means I can swap this for my lunch

The old town in Goteburg

The one about my hair is so me 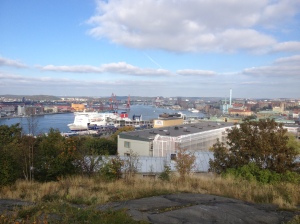 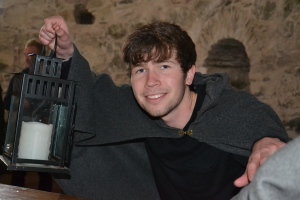