This is the second time that I’m going to live and study in a country that I’m completely unfamiliar with. This time this is even truer as I don’t speak any French (although the Geordie accent was a hard one too). Not that I’m trying to overestimate the situation, obviously everyone involved knew this before accepting my application, so it’s fair game. But apart from my studies, everything will be in French and these people aren’t famous for speaking any other language. So overall, I’m slightly worried, but also looking forward to my year. 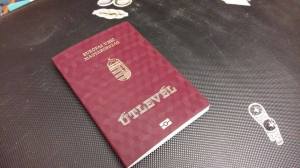 What I do know is that I’m going to study politics for a year in Aix-En-Provence, at the south of France. The city is relatively small with rich cultural heritage and it’s also a popular holiday destination. It takes about half an hour to get to Marseille which is the beginning of the French Riviera or Côte d’Azur, an area that I will hopefully often visit.

Subjects will be taught in English, so theoretically I’ll be fine with almost no French. I say almost because I took a 2-week-long intense language course prior to my departure just to reassure myself. Which is much needed because my level of preparedness is roughly the same as it was 2 years ago when I missed my flight to the UK. This time it did not happen: I’m already in Eindhoven, waiting for my flight to Marseille, so I can say things are going pretty well (however, my accommodation is still not completely sorted).

I have mixed expectations from this year. First, I don’t actually expect anything; I just hope that I’ll have a great time. Life in the UK proved to be really different than in Hungary, and now I’m interested about how this French experience can alter my view of a typical big, rich, Western European country (I sincerely hope that people here do know how to use a tissue). Obviously it would be great if I could speak French properly by the end of the year, but at the moment I’m not making big claims. One of the main reasons I’m doing this is that I wanted a gap year-like pause before graduation to come up with a more solid idea of what I am going to do afterwards.

But even if I won’t succeed in any of these, the weather is going to be nicer than it is in Durham.