It was a normal day at the beach, laying down on the sand watching the fiery clouds and waiting for the sun to disappear below the horizon. Actually, that’s not a normal day at all, but by Perth’s standards it is. And then, we spotted a fin.

Or is it a shark?

I’ve done a lot of preparation for this year – where to visit, what to see, what to do, all the way down to the finest details like what chocolate is available in Perth (actually this isn’t a finer detail, it is of utmost importance). But never did I prepare for being metres away from a southern right whale. Snakes, spiders, yes, but whales, that would never happen. I questioned whether it was dangerous, and if there would be sharks nearby, but before we knew it two of us stripped down to our underwear and swam after the whale, and got to ten metres away. After all, how often was I going to swim with a whale that was just 70 metres off the most popular beach in one of the coolest cities in the world? We were incredibly lucky to spend 20 minutes in the company of one of the third largest animals on the planet, and it was up there with the most incredible and humbling moments I’ve ever experienced.

Perth standards are high, but that was no normal day at the beach. 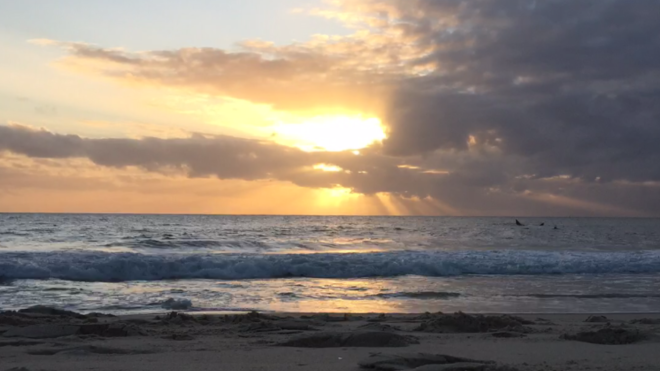 You can see the two fins of the whale to the right of the picture, my head is just underneath. This screenshot was taken from a sunset timelapse I happened to be taking on my phone

Aside from this, I’ve had the best couple weeks ever, doing things that would usually be the highlight of my year. Here’s a quick list: 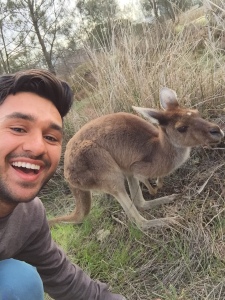 There’s a sale on for return flights to Perth in December, just in case you were wondering…